Prepare for the Zombie Apocalypse

You may dismiss it as the stuff of movies, but experts agree that a zombie apocalypse is a very real possibility.

Where would you go? Don't pretend like you haven't actually thought about this, I know I'm not the only one who has. Right now I'm leaning towards the laundry room, though that cat door is a potential issue. This room's got the garage as an escape route/fallback, though, and shelf space for canned goods. Plus, I could move the washer and dryer to barricade the door.

There's really no ideal location, they always get you in the end, but all you can do is your best, and hope your best is good enough. (It won't be, though.) There are many factors to take into consideration:

"Whatchya gonna do when they come for you?"

There are books available about this stuff, and lots of source material to help you study what works and what doesn't work. I may check out The Zombie Survival Guide at some point, but I'm sort of an expert in this field, I have been studying zombie apocalypse since I was a teenager, and could probably WRITE such a book. However, I'm altruistic when it comes to humanity, and as long as you stay out of MY mall, Wal-mart, and military bunker, I'd rather just give you all this advice, free of charge.

Don't rely entirely on the movies, though. The military doesn't want you to know this stuff, and there's a coverup going on, the extent of which is unknown. As Freddy so eloquently noted in The Return of the Living Dead, "Didn't the movie LIE?!?!!"

Posted by Unknown at 6:06 AM No comments:

Geeks of Doom came up with this great list of funny movie cameos.

Though it doesn't mention Zoolander (David Duchovny, Lance Bass, David Bowie, Billy Zane, Tyson...), I have to give them props. This was a great list, and just fun to read through.

HA, and then check this out!

I also am floored to find out that Peter Jackson was in Hot Fuzz. I had NO IDEA! Will have to go back and watch that.
Posted by Unknown at 7:25 AM No comments:

Geeks of Doom just rocked my geekumentary world with the heads-up regarding The People vs. George Lucas.

I certainly fall on the "I hate you for Jar-jar" side of things, but not only that, if the new Star Wars hadn't mucked it up for Pinball 2000's launch, that project might have been a success.

Anyway, this looks like an EXCELLENT documentary, and I can't wait to watch it!

PS - I'm also working my way through "His Name Was Jason," the new Friday the 13th documentary. It's quite good too.
Posted by Unknown at 6:06 AM No comments:

Happy Valentine's Day eve, everybody! In honor of the "language of love," we decided to do something fun and quirky at my company that incorporates all the free language-learning stuff we have online. It starts with this:


If you go to that www.byki.com/love link, you get a VERY PINK page with all the translations for "I love you" in 16 languages, with audio.

Some people like to be more serious, and we covered that too, with free eCards that are GORGEOUS if I do say so myself, and come in 8 languages (Chinese, French, German, Italian, Japanese, Portuguese, Russian, and Spanish). 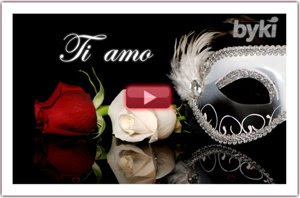 That one's for you, Marcello!
Posted by Unknown at 6:21 AM No comments:

Language warning, but I think we can all relate...

Big Bang Theory is not cool

So, geek is chic these days, you know that. "Must-see TV" knows that too, and they are trying like hell to ride that wave. Big Bang Theory = EPIC FAIL.

We don't usually watch sit-coms anymore. Our tv diet consists mainly of Hell's Kitchen, Scream Queens, Battlestar, Dexter, and a smattering of Supernatural and Fringe. We have a couple of really good friends that like the same things we like (well, except they are still into Lost, but whatever). They have been insistent that we watch this series, Big Bang Theory. "It's really funny, you guys!" They told us. "It's all about all the stuff we're into! They were playing TALISMAN the other night!"

Sounded promising, but we watched a couple episodes when they brought it over one night. How do you politely ask your good friends for a bottle of mind bleach after watching a show they are into? They watch Battlestar and Dexter with us, so there's a certain obligation to like what they want to show us, right? Not to sound snobbish, but what we introduced them to was GOOD.

Supernatural isn't my favorite show, but it doesn't have a laugh track. Know why? Doesn't need one (it relies on the Arena Rock music channel for one thing). Because it's funny. We repeated the attempt to find some grain of savvy in this show last weekend, to no avail. I swear that the writers for Big Bang Theory just have google alerts set up for "geek" "dork" and "nerdy" and write their stuff based on whatever shows up there. Or perhaps...spend half an hour on the WoW forums:

It's painfully obvious that they're not writing what they know. Maybe these writers were outcasts of some kind in high school (drama club?), but they DAMN SURE weren't geeks.

Maybe I should lighten up, but this show actually does a disservice to nerdcore. The stereotype of nerds not being able to talk to girls is so played out, and the way they mash the buttons while "playing" Halo is nauseating. Newsflash, Walter Cronkite...nerds get the girls nowadays. Nerds ARE the girls nowadays. There are plenty of ways Big Bang Theory could have been truly funny with this rich subject matter, instead of throwing it so blatantly in your face that they leave funny far behind. Overkill, guys. Overkill.

This show is not for nerds. It's for all those x-jocks and x-cheerleaders out there who are feeling bummed because after high school, the power balance shifts in favor of the nerd, and we're inheriting the earth (those of you x-jocks and x-cheerleaders who loathe Big Bang Theory are cool to join us). Real nerds are watching South Park. Which doesn't have a laugh track. Because it's funny.

I really hope those two friends don't read the blog today.
Posted by Unknown at 11:01 AM 3 comments:

That board game doc

Remember back in November when I said, "Hey, if somebody else won't make a documentary about board gaming, I guess maybe I'LL do it..."

One day I'm either going to look back at that entry and say, "Yup, right there, that's where it all began." or...actually, there is no "or." This is happening.

The board is set, and the pieces are in motion on the board game documentary project. I've created a second blog dedicated to it, and a Facebook group to help coordinate information and discussion. Feel free to join up.

The first big filming opportunity is Unity Games XV, a board game gathering in Woburn, MA, and it's THIS SATURDAY, February 7. Yeah, that would be tomorrow. Game on!
Posted by Unknown at 6:06 AM 2 comments:

He-Man movie is on (again!)

Geeks of Doom has posted the official word that John Stevenson will be directing a live-action Masters of the Universe movie.

By the power of Greyskull! I was so bummed when this project got stalled last year, and it seemed like SUCH a no-brainer in a post-Transformers movie landscape. I'm glad they saw reason.

On a more somber note, I started watching Sharkwater, a serious, heart-breaking, and stunningly beautiful documentary about the plight of the world's shark population:

Documentarian Rob Stewart dives into shark-filled seas to disprove fear-based stereotypes and raise awareness of the world's dwindling shark population. But he ventures into dangerous waters when he battles shark poachers in this award-winning film. With renegade conservationist Paul Watson, Stewart exposes the criminal and highly profitable harvesting of shark fins, risking his life and facing a corrupt court system for his efforts.

If you don't think things like whale hunting, seal clubbing, and activist face-offs happen anymore just because they've fallen off the radar of public consciousness, this will be graphic and illuminating. I highly recommend it.
Posted by Unknown at 8:12 AM 1 comment:

This anaconda don't want none...

Goddammit, Discovery News. There are some things I'm better off not knowing.

Feb. 4, 2009 -- Never mind the 40-foot snake that menaced Jennifer Lopez in the 1997 movie "Anaconda." Not even Hollywood could match a new discovery from the ancient world.

Fossils from northeastern Colombia reveal the biggest snake ever discovered: a behemoth that stretched 42 to 45 feet long, reaching more than 2,500 pounds.

Yeah, about that movie (which I had the unfortunate luck of having seen in the theaters)...you know that part where Jon Voigt gets eaten by the anaconda, then later on he gets regurgitated and WINKS? (oh sorry...SPOILER ALERT). Now, such a scenario is actually possible, and that's just not cool. Plus, snakes smell. I'm not completely anti-snake, but they do, the gardner snakes near my house growing up smelled gross!

And when they're the size of a bus? Yeah, then I'm completely anti-snake.
Posted by Unknown at 1:51 PM 1 comment: