While Stern may be the only pinball manufacturer remaining from the golden age of pinball, they are by no means the only source for new pins.  There are actually people out there building indie batches of pinball machines with pricetags in line with new Stern machines.  This is really interesting because it's a gamble, you're not buying from a company with a proven track record and you have to go through the learning curve with them.  In some cases an established industry veteran designer is involved, though, as is the case with Ben Heck's Zombie Adventure.  The payoff of that gamble for the collector is to own something extremely unique; in many cases these machines are being made in runs of 20 or 30, as opposed to several thousand.  Below I've rounded up a few I've come across, but there are definitely more out there, including some already completed.

This project's being done in Spain, and limited to a run of 30 machines with a pricetag in the neighborhood of $5500.  One of the most interesting features is an LCD embedded right in the playfield.  There MAY be a couple pre-order slots still available on this, but after this weekend's Expo, I bet those will be gone if they aren't already.

The latest details can be found here.  This one's going to be a run of approximately 250 machines, in the $5000 neighborhood.  If it were a video game, it'd be rated "M" but they are including a "family" setting option.  You can still pre-order these.

People have been hankering for a zombie-themed pin.  This one is kind of wacky with a very retro feel, so it might not satisfy what many people have in mind, but it's certainly unique!  Like Nemo, it incorporates an LCD screen.  Pre-orders are closed. 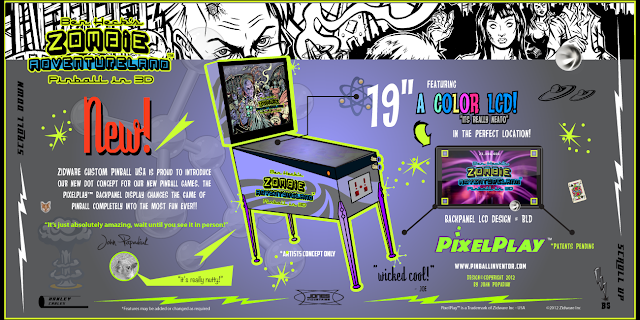 Quite a unique theme, based on mythology and the theme has a very pub-centric element.  The owner has created a thread where you can comment and post questions.  You can still pre-order this one. 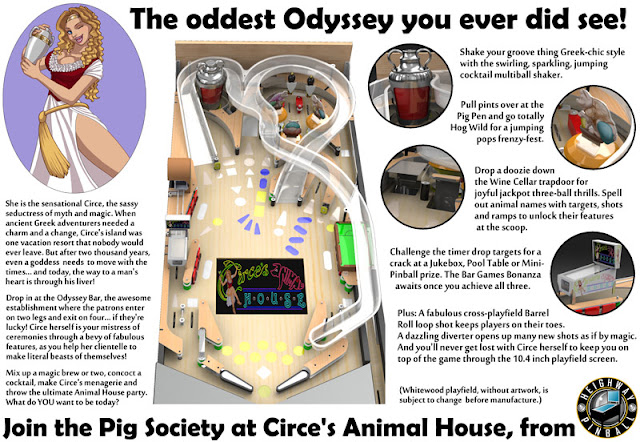 Update 10/25/12: Heighway has punted the Circe's table in favor of Full Throttle, a motorbiking theme of some sort.


I saw that most of these people are at the Chicago Pinball Expo this week, so hopefully we'll see a lot of new information come out of that.  The Predator pinball team will actually have a machine present at the expo.  Eagerly awaiting pictures!